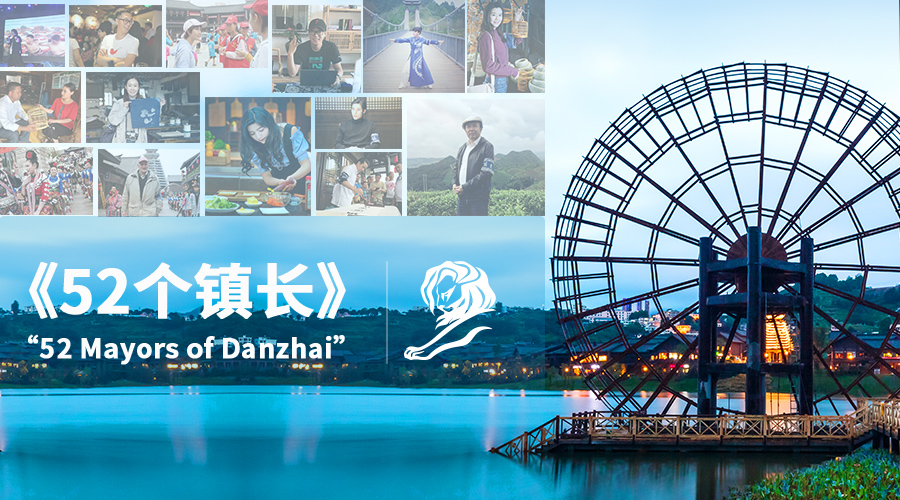 June 25th, 2018, Beijing – Today, Dalian Wanda Group announced that the Group has won a Bronze Lion at the 2018 Cannes Lions International Festival of Creativity for its “52 Mayors of Danzhai” campaign.

The campaign has been created and executed by the Corporate Culture Centre of Wanda Group, as part of the Group’s targeted poverty alleviation program in Danzhai County, Guizhou, a southwestern province of China. With a donation of RMB 1.6 billion, Wanda built a vocational school and a tourism resort called Danzhai Wanda Village as well as set up a poverty alleviation fund. By tackling poverty over the long, medium, and short term, Wanda aims to lift the whole county out of poverty.

With a mandate to build up Danzhai’s name as a unique ethnic and cultural travel destination, attract tourists from all over the world and ensure its sustained popularity, the Corporate Culture Centre created the Rotating Mayors of Danzhai Wanda Village campaign. Each week, a new mayor takes office – with 52 mayors serving throughout the year – to enact and implement programs that will aid and benefit the development and sustainability of Danzhai.

On June 20, 2017, Wanda kicked off the global online recruitment for rotating mayors with the July opening of Danzhai Wanda Village. The recruitment webpage received more than 15,000 applications.

The rotating mayors are passionate leaders from different walks of life all around the world, including professors, entrepreneurs, photographers, film directors, sculptors, writers and international student volunteers. The mayors have used their talent and creativity to introduce Danzhai to the world and bring to the county many economic benefits.

Helped by “52 Mayors of Danzhai” campaign, Danzhai Wanda Village received more than 5.5 million tourists in its first year, generated around RMB 3 billion in tourism income and helped lift tens of thousands of people out of poverty. The rotating mayor program has put Danzhai, a formerly little-known place, onto the map.

Winning a Cannes Lion is a major step forward in the growing international recognition for Wanda’s rotating mayors campaign and also marks a significant and timely milestone for Danzhai Wanda Village just ahead of its one-year anniversary in July. Ogilvy China helped produce the case film for the campaign and entered the Cannes Lions awards on Wanda’s behalf.

In order to thank the rotating mayors for their contributions to Danzhai and attract more volunteers to the program, Wanda Group recently launched online "Mayor of the Year" voting at People.cn. A grand awards ceremony will be held during the anniversary celebrations, where the awards for communications, contribution, innovation, leadership and the "Best Mayor of the Year" will be announced.

Please join us and cast your vote on https://www.wanda-group.com or on the Wanda Group WeChat channel.