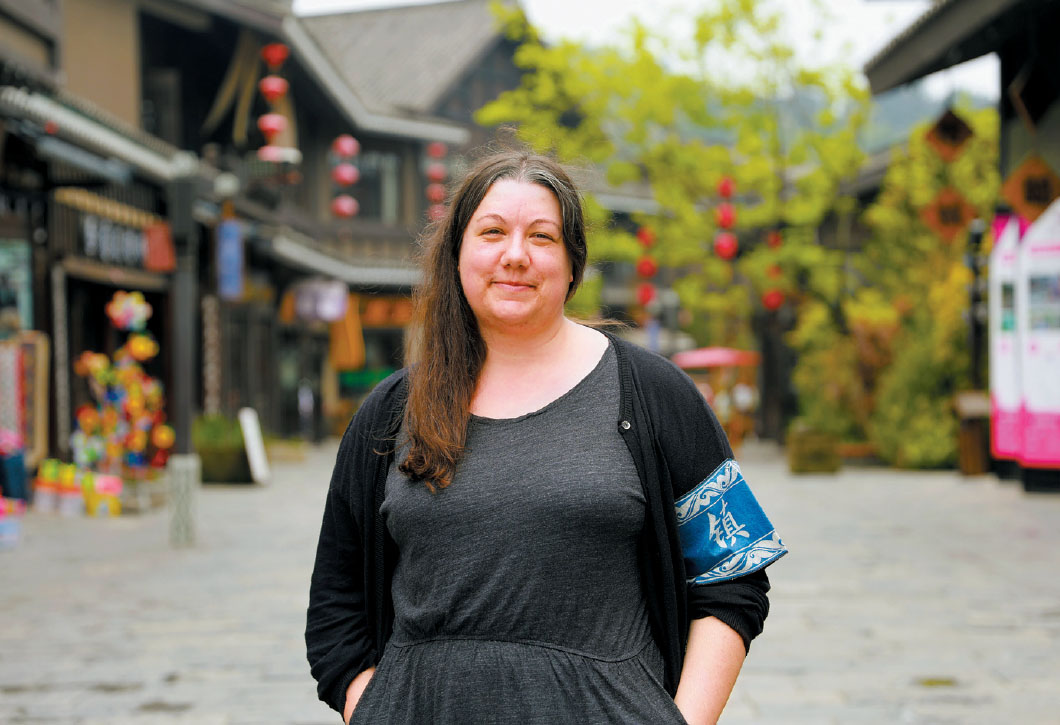 My favourite anecdote to tell at parties is the story of how I became the mayor of a small Chinese village.

It all began in early 2019. I was sitting on the Asia desk in Lonely Planet’s London office, staring at my inbox, when an email with a most unusual proposition popped up. It was from the global communications manager at Wanda Group – a man named Yang – asking if I would be interested in coming to China to be the mayor of Danzhai, a small village in Guizhou province.

Internet scam alarms went off in my head. Be the mayor of a Chinese village. LOL. Amazing.

I checked the email address. It actually looked like a legitimate Wanda domain. I googled “Danzhai” and a couple of articles came up touting the Rotating Mayor programme. I did some light LinkedIn stalking of Yang and he seemed to be real. I was too curious to not bite.

Wedged in a tiny, mountainous corner of southwest China, hemmed in by five other provinces, Guizhou is one of those “Where even is it?” places. Business investment over the years has been sparse due to its mountainous terrain and historical lack of connectivity, and it’s often overlooked by travellers, who tend to opt for the well-known scenery of the Li River, next door in Guangxi, or cultural tourism in neighbouring Yunnan. Guizhou is also sandwiched between culinary powerhouses Sichuan and Hunan, so its food scene has been overshadowed, too.

Yang’s invitation turned out to be real indeed, and on a bright April morning I landed in Guiyang, the provincial capital. I met Yang at Trip Smith, an alleyway craft brewery in an old, low-rise building. He arrived smartly outfitted in a knitted jumper, 1950s Clubmaster glasses and a warm smile. 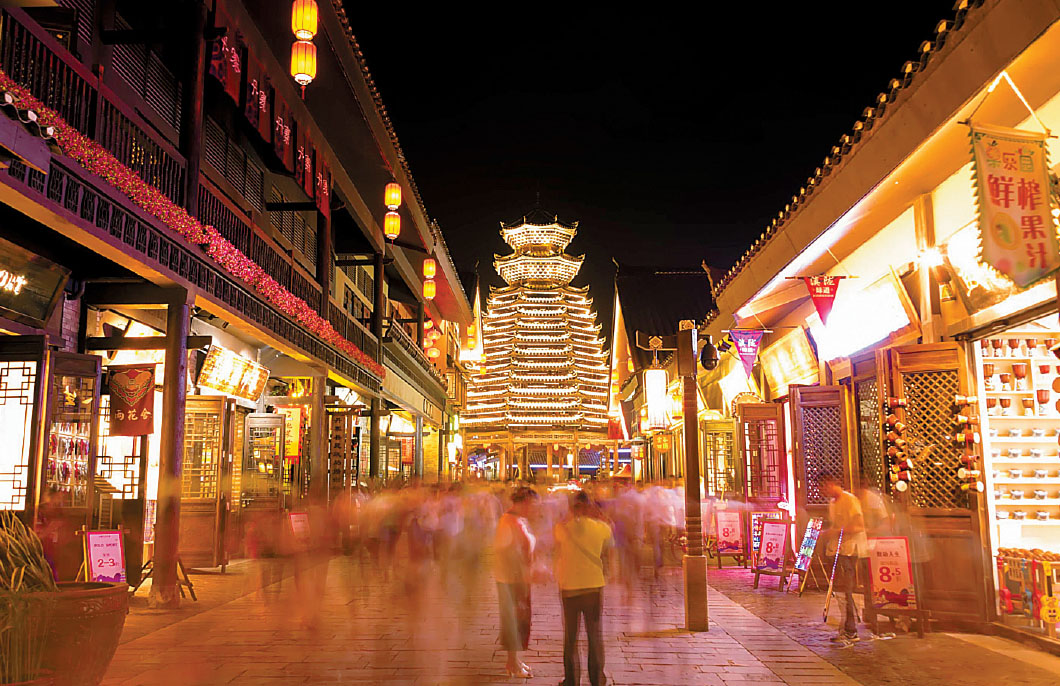 Over IPAs, he told me he used to work as a producer for NPR and the BBC, but moved to Wanda in 2018. He said it had been fulfilling to be part of a project like Danzhai because he felt he was making a tangible difference in people’s lives.

According to China’s National Bureau of Statistics, in 2013, the average income per person in Guizhou province was just US$3,422, the lowest in the country. In 2015, Wanda Group set up Danzhai Wanda Village, a tourism-based poverty alleviation scheme, in rural Danzhai county, central Guizhou. A tourist village was constructed in the local Miao architectural style, a vocational school was opened and support plans for entrepreneurs and artisans put in place.

Founded by billionaire philanthropist Wang Jianlin, Wanda Group is one of China’s largest conglomerates. In 2017, the company posted revenues of more than US$20 billion and made the Forbes Fortune Global 500 list. Its businesses span real estate, financial services, technology and culture. If you’ve been to the movies in China, you were likely in a Wanda Cinema.

Yang told me that corporate social responsibility (CSR) had been a huge part of the Wanda mission from its inception. In 1990, only two years after the group was founded, Wanda donated one million yuan to build a kindergarten in the Xigang district of Dalian. Today, the company operates one of the most ambitious CSR programmes in China, contributing to a variety of charitable causes. 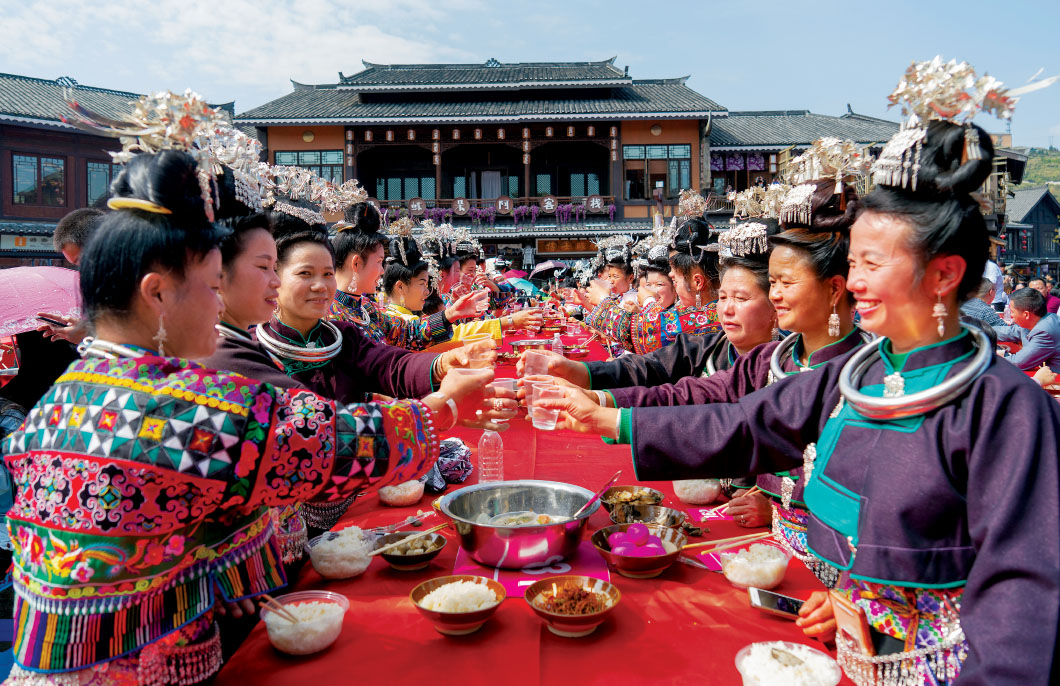 According to Liu Mingsheng, a Wanda spokesman, in the five years since the Danzhai Wanda Village was set up, it has “contributed to an annual GDP growth of 1.2 per cent across Danzhai county, generating a total tax revenue of 270 million yuan [HK$320 million], and lifting 58,800 people out of poverty”. Wanda has won the National Poverty Alleviation Award twice, in 2016 and 2019, for its work in Danzhai.

The Rotating Mayor initiative has been a huge part of Danzhai’s success. Set up in 2017, the initial plan was to recruit 52 influencers – one for each week of the year – to serve as ceremonial mayors and promote Danzhai through their platforms.

To date, there have been 116 mayors, including me – the 78th. Other recent mayors have been NBA basketball player Stephon Marbury and actress Viann Zhang (Zhang Xinyu), known for her roles on television show The Romance of the Condor Heroes and the 2015 film Magic Card. Zhang spent her week vlogging and promoting Danzhai to her 24 million Weibo followers.

The morning after our brewery outing, a minivan with “Rotating Mayor” painted on the side arrived to drive Yang and I the 170km west from Guiyang to Danzhai.

Danzhai falls within Qiandongnan, an autonomous prefecture home to the Miao and Dong cultures, each known for traditional crafts such as silversmithing, indigo dyeing and batik, as well as folk music and elaborate national costumes.

Of the 8.9 million Miao people listed on the 2010 Chinese census, 48 per cent lived in Guizhou, and 40 per cent of those were in Qiandongnan. It’s safe to say that almost a quarter of all the Miao in China live in and around Danzhai – a staggering statistic when you consider that, to experience Miao culture, most tourists go to Yunnan, where only 12 per cent of the country’s Miao actually live.

Wanda’s tourism village is designed to directly benefit the local minority groups by fostering programmes and facilities for the preservation of cultural heritage, including crafts, music and dance. 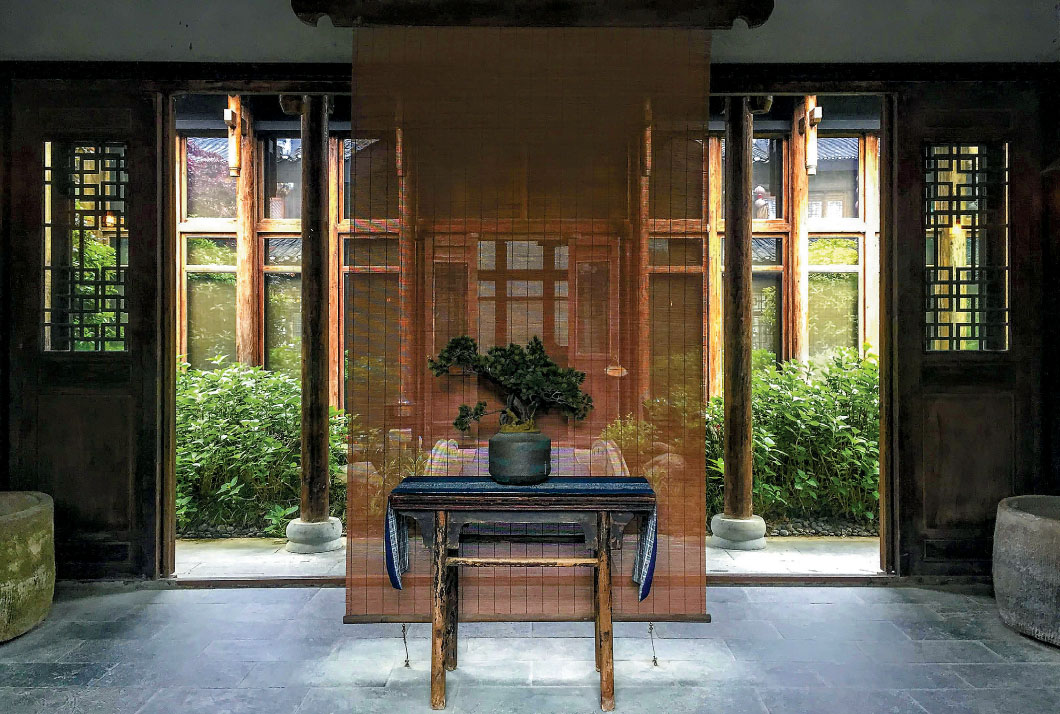 We checked in at the swanky but under­stated Jin Hotel (a Wanda property, what else?) and took a stroll through the main street: a uniform spread of fairly tasteful souvenir shops, silver jewellery stores and small restaurants. Yang and I were joined by village administrators, who ushered us hastily to the end of the street, where the Office of the Mayor was marked in gold lettering.

I hadn’t had a chance to shower or change clothes after the car ride, but now there was no time. A Danzhai government official, Zhou Jun, swept through the door, shaking hands and chatting in the stiff but friendly way that only a Chinese government official can. He pinned a blue batik armband on me that read “Mayor” in Chinese and we took ceremonial photos, before Zhou swept out again. I was officially the mayor.

In the week that followed, I spent my days visiting tiny villages deep in the mountains around Danzhai county. These were the true homes of Miao and Dong people, and unlike many minority villages elsewhere, these had not been touristified – at least not yet.A stomach-turning drive up a loopy, vertiginous road took us to the village of Paimo, shrouded in clouds. We wandered down a dirt path, past two-storey wood­en houses with livestock enclosures on the ground floor and the family residence above. It was effortlessly quiet. 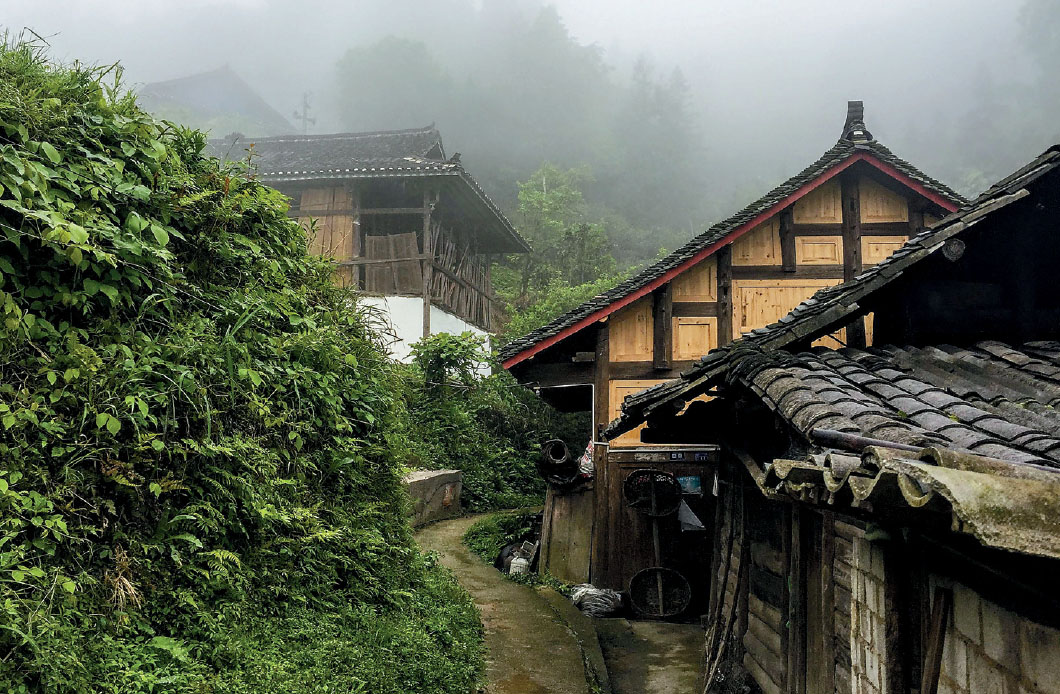 Small red signs pasted on a number of the doorways were official notices that the residence was not in use. Many of these homes had been abandoned, the families having migrated away in search of livelihoods. I couldn’t help but wonder; if even just a few tourists had made it here earlier, would those families have had to leave?

Is it better for a village to exist solely for tourists than to not exist at all?

We headed to a modern house complex at the top of a hill and were led into a room full of handmade scarves, dresses and jackets. This was the home and workshop of Miao batik master Zhang Shixiu. Zhang has been making batik her whole life and now operates a workshop in which local women learn batik and then sell their products in Danzhai Village and online. She led me into a room where three smiling, toothless matrons were delicately paint­ing wax onto cloth. One of the women uttered something I couldn’t understand.

“She’s speaking the local Miao language,” Zhang told us, in Mandarin. “Many of the older generation here don’t really speak Mandarin. She says you should give batik a try!”

I settled down at a table in front of a piece of plain muslin, and the woman put a wooden pen into my hand, motioning me to dip it into the hot wax. It was a struggle just to make simple, straight lines, and I marvelled at the artistry of the women, who were drawing intricate phoenixes and geometric motifs in exquisite detail.

Zhang said that, if not for learning batik, most of the women who came to her workshop might have already moved away. Instead, thanks to tourists, they were earning income while preserving their cultural heritage.

The enthusiasm for Danzhai’s success and future was palpable in 2019, with steady growth and increasing visitor numbers. However, as the Covid-19 pandemic has thrown the travel industry into free fall this year, it has become apparent there is a very real need for rural communi­ties the world over to diversify their liveli­hoods beyond a dependence on tourism.

Still, Wanda remains optimistic, and in September announced a five-year plan to develop the rest of Danzhai county for tourism. According to Liu, the plan is an “evolution from alleviating poverty to achieving prosperity […] through another round of donation to and investment in the tourism sector to raise Danzhai’s per capita income even further”. 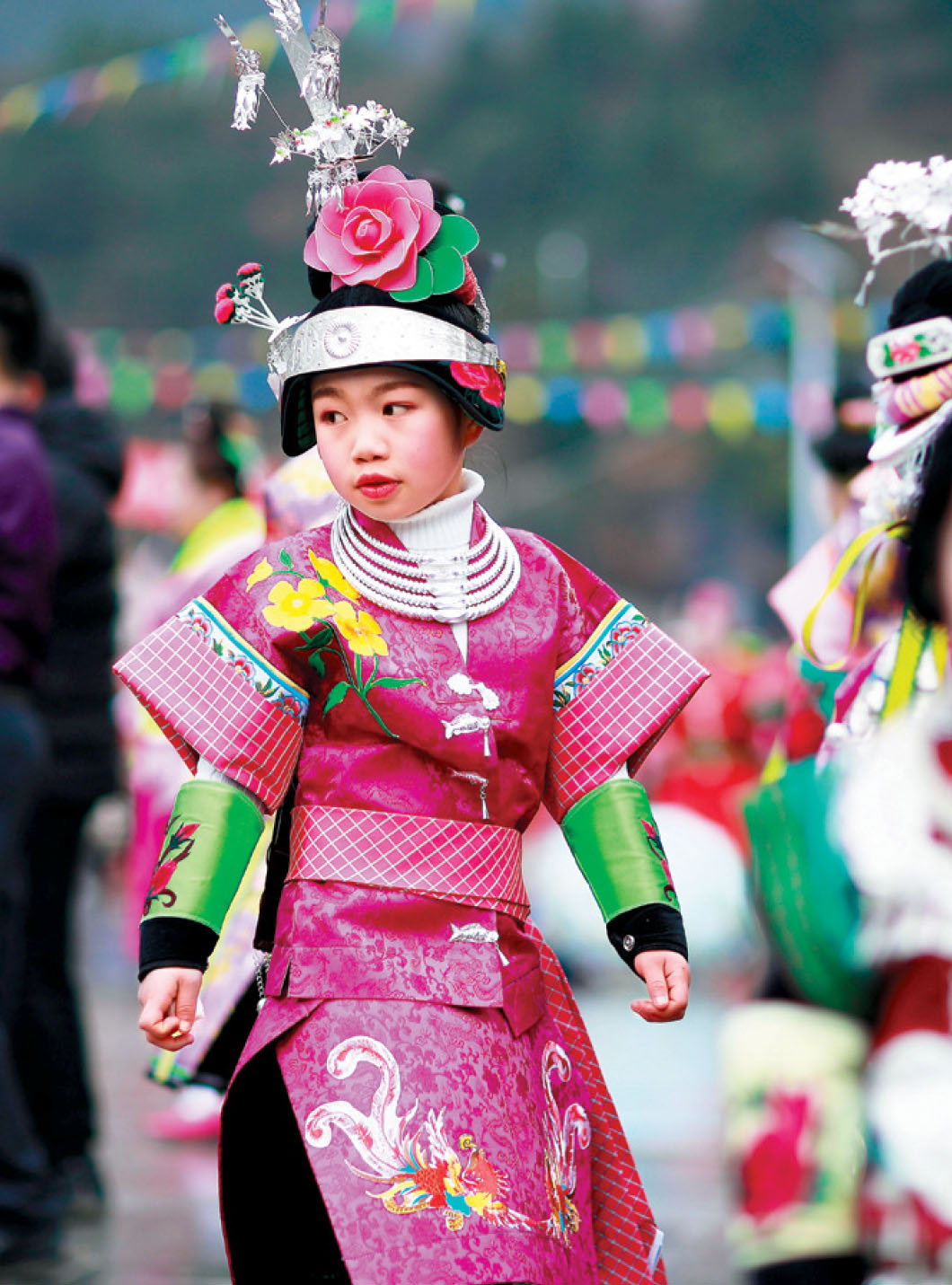 The plans include the development of hiking trails with the help of British-based Trails China, which recently created a similar network in Hunan. A mountain biking network capable of hosting international competitions will also be constructed. Wanda says it is committed to sustainable development and aims to create a long-term, pillar industry with strong empowering functionality, incorporating the UN’s Sustainable Development Goals.

Having worked in the travel industry for 15 years, I’ve witnessed both the tremendous benefits and extreme drawbacks to tourism. Implemented thoughtlessly and without planning, tourism can steamroll cultural heritage and wreak havoc on the environment. And what will happen in Guizhou as China recovers from Covid-19 is anyone’s guess. But my short time as 78th mayor of Danzhai reminded me how powerful travel can be as a force for good.

In a world that seems so divided, travel reconnects us to each other, and reminds us that we’re not so different at all. That we’re here as one species in one ecosystem on this beautiful little planet in the outer reaches of the universe.